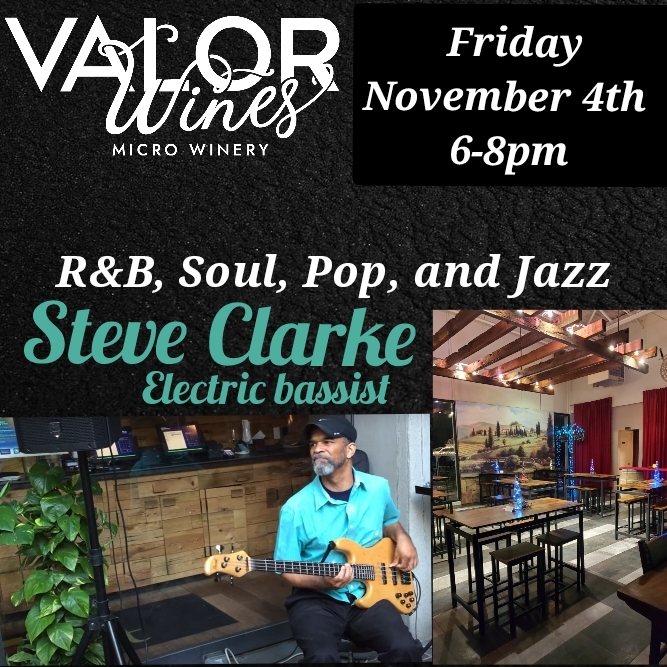 Stop in and enjoy Steve Clarke’s skills on bass alongside our wines and ciders from 6-8 pm Friday, November 4th!

Steve Clarke has released 7 CDs under his own name as the Steve Clarke Trio with his latest featuring noted guitarist Mike Stern. Steve has toured all over the world and is always in demand in the studio and on the road. Clarke has performed on over 55 CDs with other artists.

Steve Clarke has toured extensively in Europe including Germany, Czech Republic, Austria, Slovakia, Bulgaria, Romania as well as throughout U.S. with various groups. Steve toured Europe in the fall of 2021 and returned briefly in 2022 for some very special club dates. Clarke has also appeared at the renowned Berks Jazz Fest in Reading, PA, performing in a group and in the All Star Jam sessions that features some of the world’s best jazz artists.

“Steve’s CD is a showcase of his bass playing virtuosity.”…Rodger Newell, BASSIST MAGAZINE.

“Connecticut bassist has melded a funky blend of hip hop and bebop to offer up some cool tracks …Well done!”…Ron Garant, BASSSIC MAGAZINE